Northwest Native jewelry salmon totem earrings are handcrafted in two tone plated cut through design with colorful copper background and dangles.The Pacific Northwest Coast Native people believed that the Salmon were actually humans with eternal life who lived in a large house far under the ocean. In the Spring, they put on their Salmon disguises and offered themselves to the villagers as food. The tribes believed that when entire fish skeletons were returned to the sea, the spirits would rise again and change into Salmon people. In this way, the cycle could begin again the following year.

There are no reviews yet.

Only logged in customers who have purchased this product may leave a review. 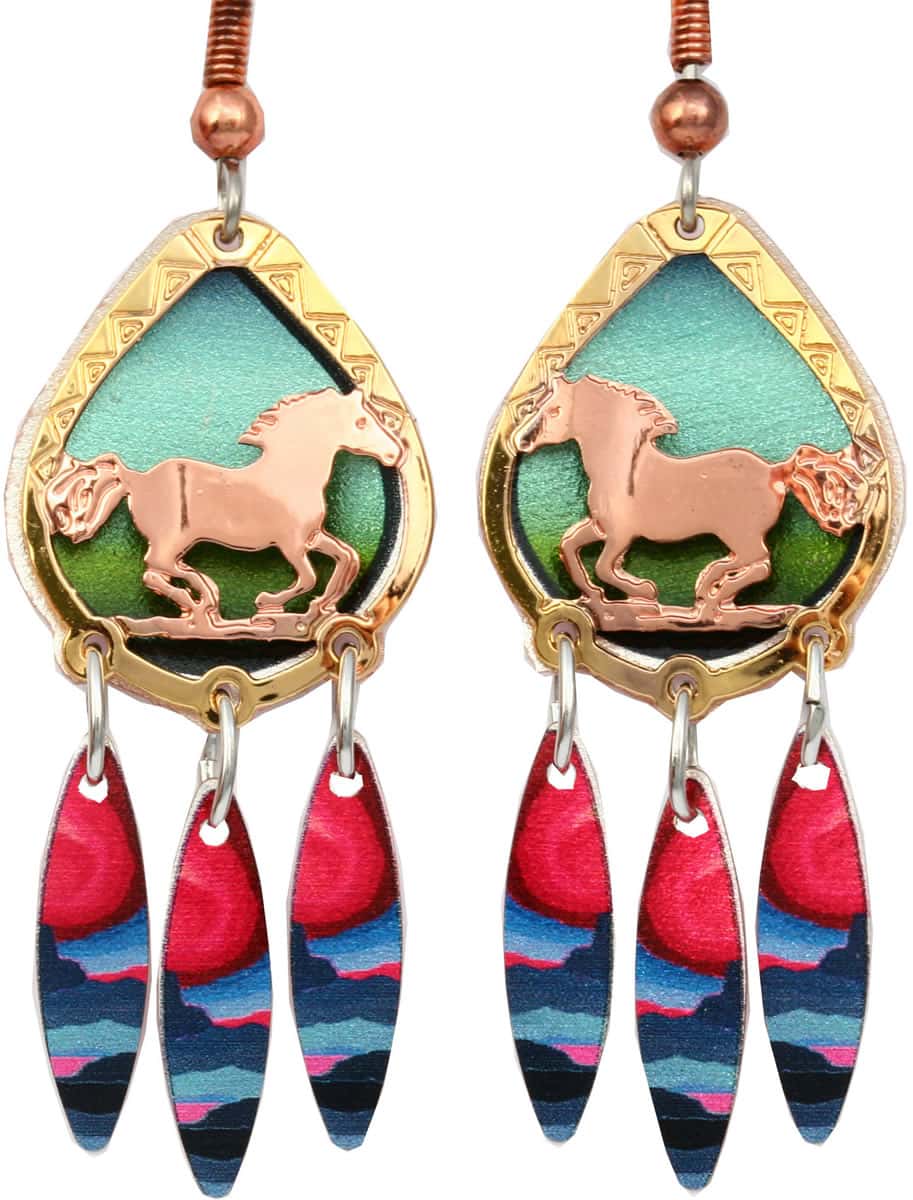 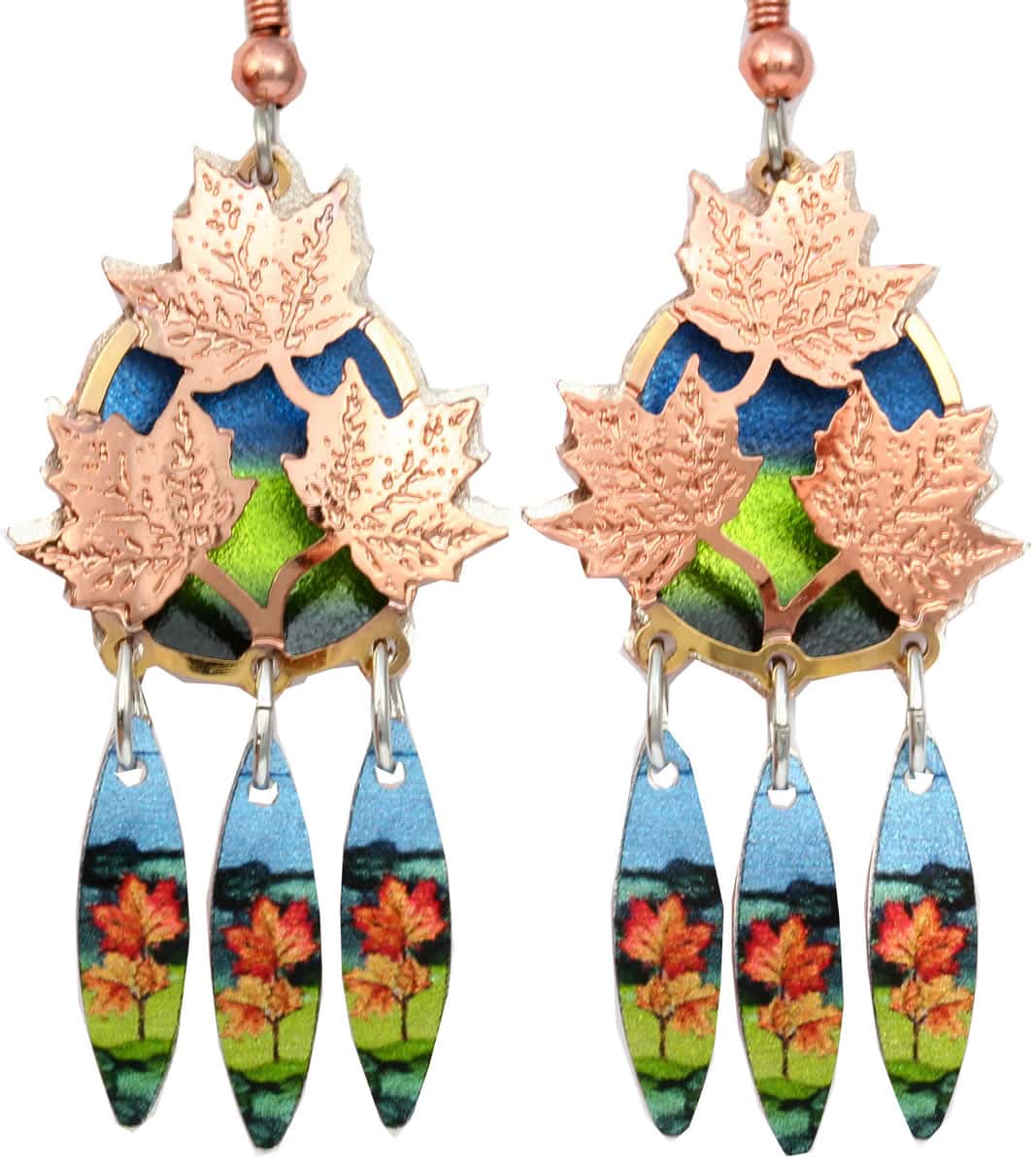